Top 4 horror movies that based on true stories

Horror movies are a special genre earning a massive repute among Asian and western movies. But usually, movies that are released by the Hollywood film industry are more likely to be watched as compared to Indian movies.

As Hollywood film industry utilizes the best practices to develop movies that portray real events. Also, when the movies portray a real-life story, it becomes super suspensive and interesting to watch. These real-life horror movies are not easier to watch by everyone.

In recent years, when Annabelle movies were released in cinemas, some people got heart attacks just by watching that horror and died. Therefore, watching real-life horror movies has never been easier.

Today, we are going to mention some best real-life horror movies that got famous within the incidents linked to them. Even some people started visiting those houses or places after watching these movies.

So, let’s start with it;

Amityville is the name of a house in America that carries its own terror. This house was constructed on a site that was a circle of crimes in ancient times. The first family that was living there felt some paranormal activities there. 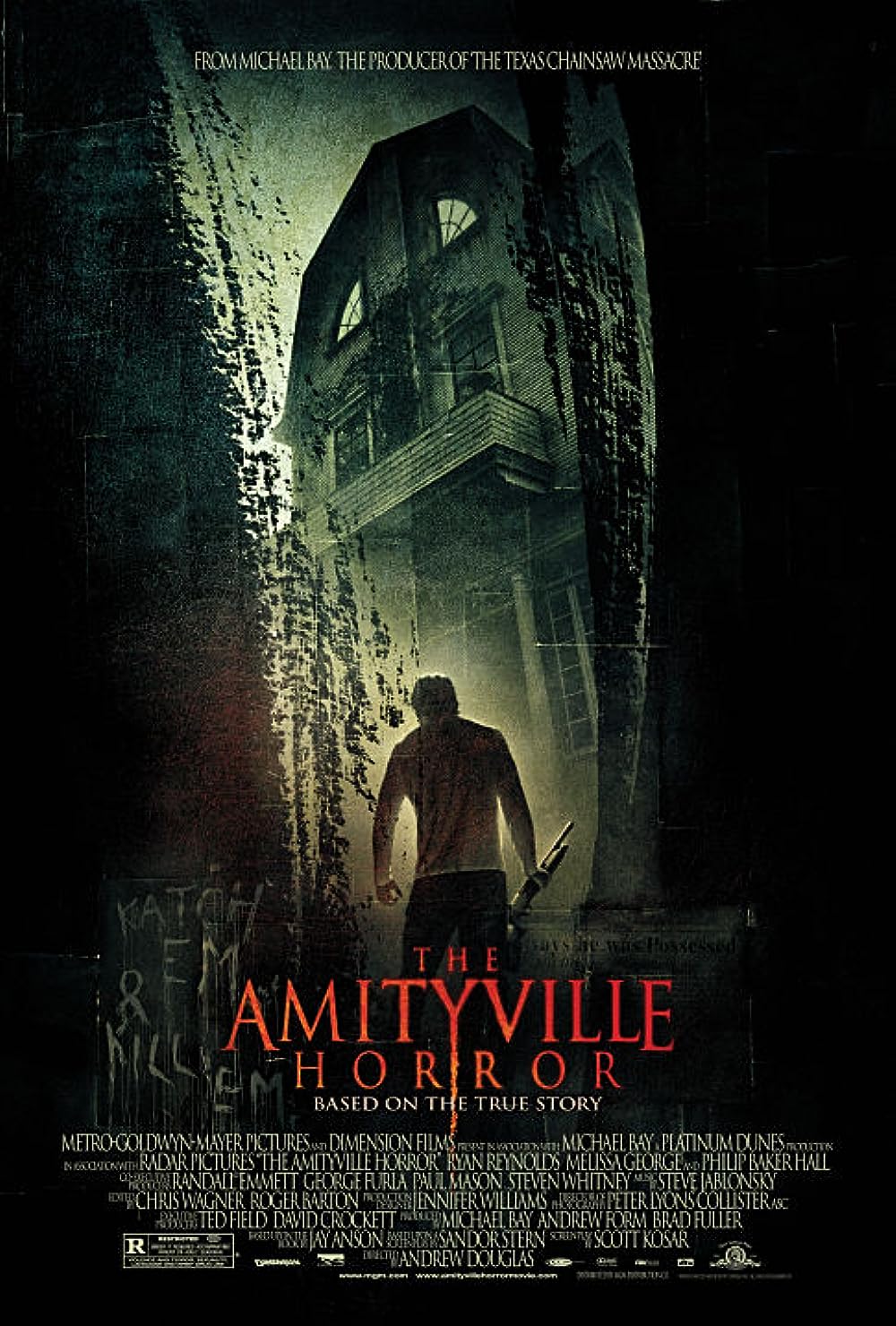 One house member of that family killed them all and surrendered. He said that an evil spirit asked him to do so. After that, another family came to live in that house and started feeling the existence of paranormal creatures.

Within three weeks that family left the house at 3:20 AM at night. From that day, this house is empty and no one is living there. The movie Amityville is the visual presentation of all those events. Thus, if you are a daring person, watch this movie.

The haunting in Connecticut is also a movie that basis on the true story of a house just similar to Amityville. But fortunately, no one died during these incidents. The Snedeker family rented a house in Connecticut and lived there to cure their ill son.

But soon they started experiencing different paranormal activities. Their basement was filled with tools that were mostly used by undertakers. After some time they got to know that the place where they are living is constructed over a graveyard. 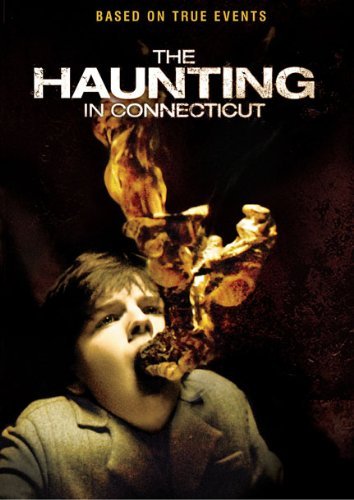 To give a boost to their story, they narrated it to different newscasters and ghostbusters. But only Ed and Laurine investigated this case. They said that their house is haunted but were not sure about the number of demons.

But after the release of this movie, many people said that it is a self-constructed story with no vivid proof behind it. They are crafting it just to earn huge money like the Lutz family. But up to movie levels, it could be one of the most thrilling terror movies that can cause a heart attack.

The conjuring series has remained the well-reputed horror series of all time. Even after watching it multiple times, people love to watch it due to the graphics and video working in this film.

Though some critics said that this movie is overdramatized but according to the ghost investigators Ed and Lorrain they performed the real events only. This couple shows evident proof of the existence of paranormal beings.

According to the eldest daughter of the perron family, our mother once got possessed during the exorcism practice by Ed warren. She spoke a language that is not from our universe and a voice that was not her mother’s voice. 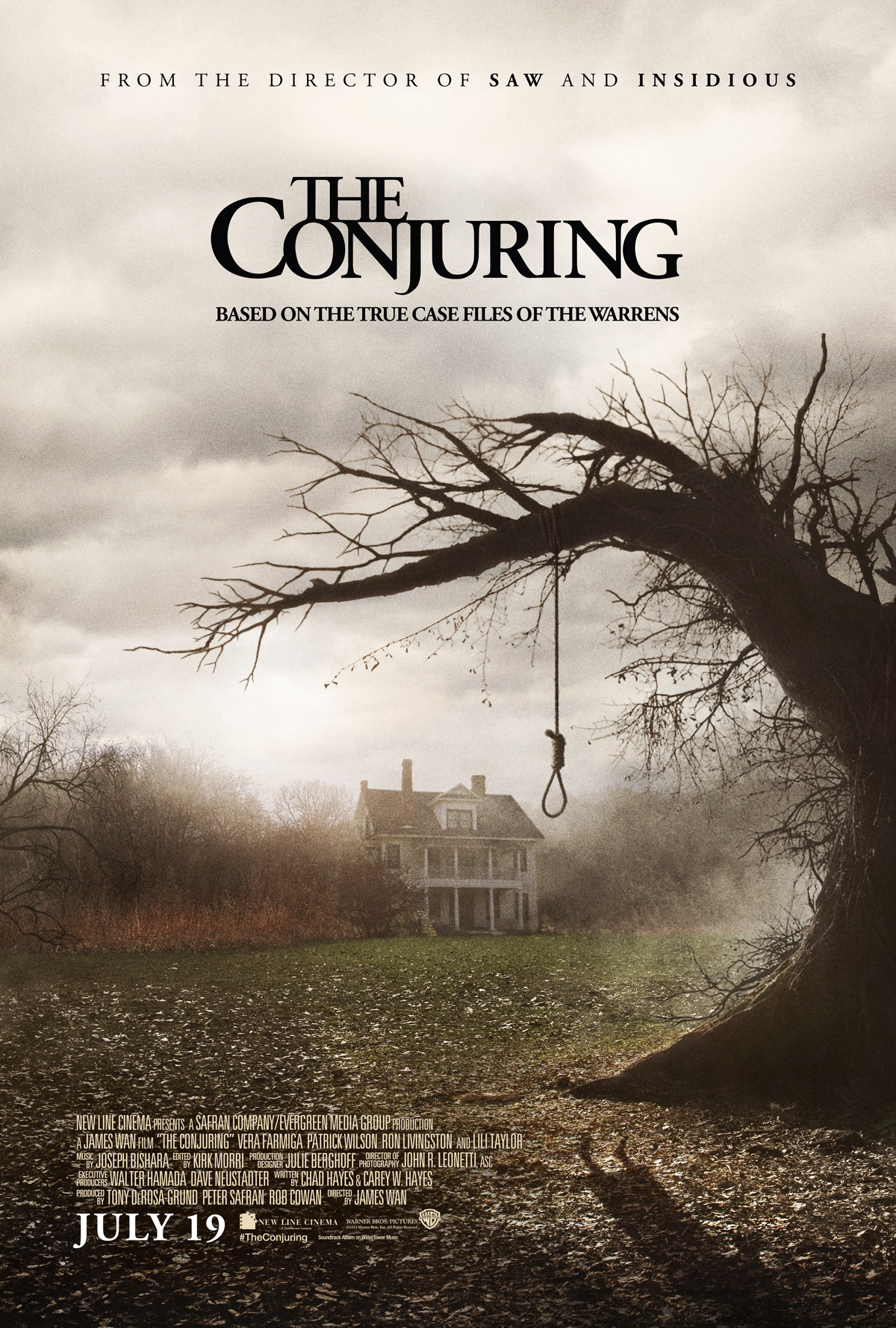 She said that her chair flew in the air and sometimes her body surprisingly turned which is impossible. The spirit that was suspected in that house was Bathsheba, a bad spirits holder and expert of black magic.

He was charged for killing the son of their neighbors in the 1800s. Ed and Lorraine suspect that the spirit that was possessing this family is Bathsheba. So, watching this movie is real suspense, you can also visit that house by asking locally.

The story of this movie starts with a girl who is a beautiful smart and ambitious girl. She was 16 years of her age when she got a seizure and was admitted to the hospital. Though the story in the movie could be somehow altered.

In reality, she was admitted to the hospital, and after that, the attacks went serious in number. Every passing day was becoming a terrible life for Annelies Mitchel, the real girl. She was supposed to be possessed by 6 bad spirits. 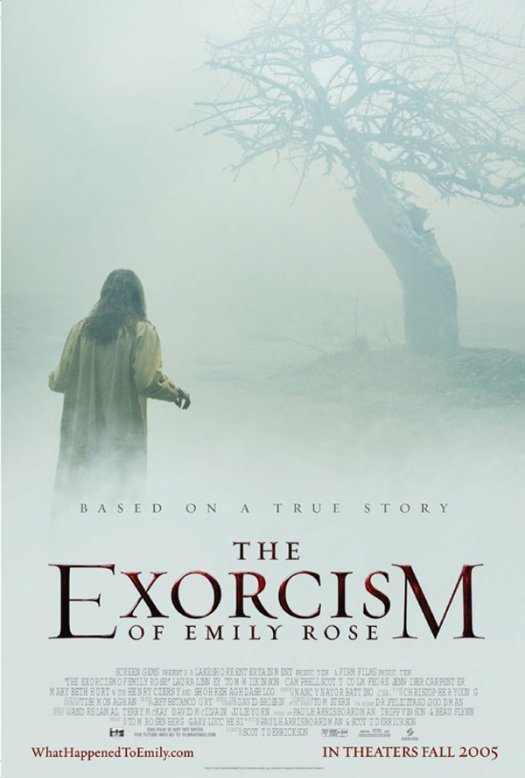 Whenever she gets better, she demands her family to do an exorcism on her. And when she gets possessed, she starts crying and then smiling. She also jumps from high areas and cuts her body. The condition of Emily went worse day after day.

When finally, a father agreed to perform an exorcism on her, she was totally a Skelton. After continues exorcisms, she finally died in her sleep on the next day of the final exorcism.

After her death, the local court filed a case against her family and that father to kill her. But after some time they get bail from the case. This story became world-famous with the leaked audio clips of this case.

Relevent Articles
Some common factors behind Noise Pollution
7 Hits - 0 Comments - Dec 6, 2021, 9:58 AM - Hajra Tareen
When undesired sounds infiltrate the atmosphere, traffic noise ensues. Sound pollution can cause extra pressure, difficulty sleeping, and deafness, among other things.
Read More
Realme X price and specifications in Pakistan
7 Hits - 0 Comments - Dec 4, 2021, 9:57 PM - Adnan Ali
Before this Realme X price in Pakistan, mobile from Infinix, Huawei, and Samsung launched pop-up selfie cameras. But believe me, snapdragon 710 makes it a match of the hour to use for photography and multi-tasking.
Read More
Man buried Alive brutally!! Is it Islam??
28 Hits - 0 Comments - Dec 4, 2021, 9:58 PM - Adnan Ali
Cruelty is not the subject of Islam. Our beloved Prophet Hazrat Muhammad (S.A.W) taught us to be kind to everyone even if someone bully us. He taught us to be kind in all matters even when we are righteous. Islam is the religion of peace not cruelty, but the...
Read More
Top 10 Mind blowing facts about real world 2022
37 Hits - 0 Comments - Dec 3, 2021, 5:04 PM - Adnan Ali
Therefore, today we are going to discuss some of the best and mind-blowing facts about real world. These facts are too surprising that you have never tried it and never imagined.
Read More
Use My face| pay me 1.5 crore | Promobot!!
11 Hits - 0 Comments - Dec 3, 2021, 3:45 PM - Adnan Ali
Technology is getting horrible with every coming day. People are getting more and more dependent on technology than human power. They are basically working for the comfort of humans but in reality, they are replacing humans.
Read More
Price of Techno Camon 18 in Pakistan
11 Hits - 0 Comments - Dec 3, 2021, 12:47 PM - Adnan Ali
Believe me, you are not going to buy a good mobile phone with quality zooming and a Mali G52 GPU. With this GPU you can outperform multi-tasking as well as gaming. For people having a craze for photography, this mobile phone could be best to buy within this price tag.
Read More
A trip to Yakutia (republic of Sakha)
40 Hits - 0 Comments - Dec 1, 2021, 4:11 PM - Adnan Ali
Though there are many hilly areas with cold weather but this one carries its own individualities. The temperature here makes it the toughest area to live as life gets frozen here thoroughly.
Read More
Best security gadgets to buy for your home 2021
14 Hits - 0 Comments - Dec 1, 2021, 4:11 PM - Adnan Ali
In city areas, the theft and looting cases are more than in village areas. It is becoming easier to aim for someone’s house and then attack. Also, the cases are increasing due to poor security conditions in these areas.
Read More
Hania Amir spotted dancing!! Asim Azher’s singing concert
31 Hits - 0 Comments - Nov 30, 2021, 4:08 PM - Adnan Ali
Hania Amir and Asim Azher have remained the apple of the eye on Instagram and Twitter by their posts. They were spending most of the time together and uploading cute couple videos and moments. Everyone was praising their couple but suddenly something happens that changed the whole game.
Read More
A girl rapped from PUBG!! Lahore Case
15 Hits - 0 Comments - Nov 30, 2021, 4:08 PM - Adnan Ali
Technology is impacting the mental attitudes of our youth. We are believing in online presence and relations than our family living with us in a home. We are spending most of the time online while ignoring our real relations.
Read More