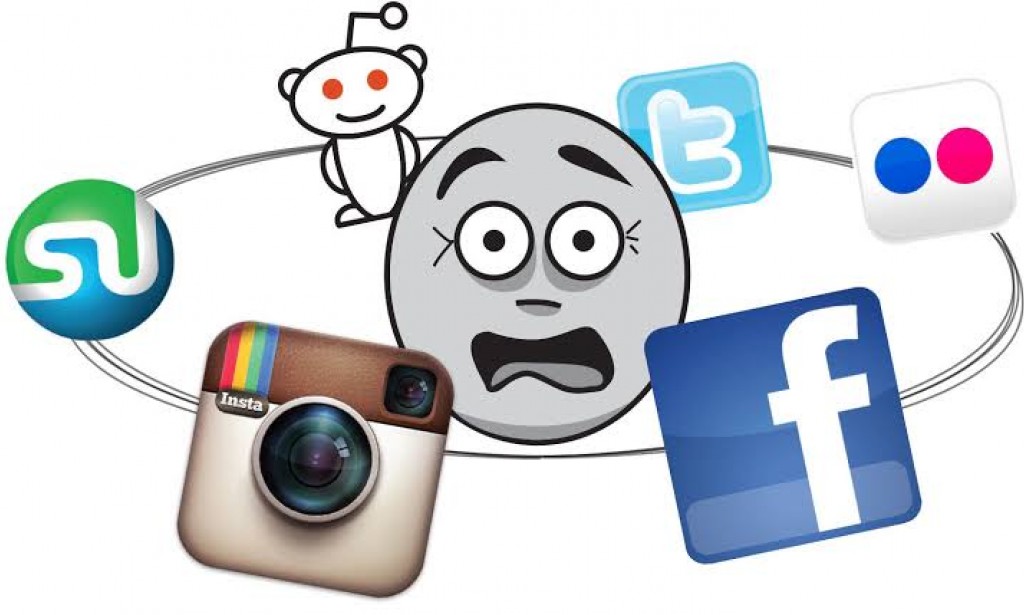 Social Media Addiction and How to Stop It Social media addiction is a behaviour which forces us to login to our social media accounts including instagram,facebook,twitter etc. In this case we become more and more conscious about our social media handles that we forget we live a life other than that. This behaviour urges us to scroll and check our social media from time to time which becomes our habit. This is a very bad way of living life. One should not develop a habit of using excessive social media. This is mostly common among young people and its rate is increasing day by day. This certain addiction has been developed during the last decade. Social media also increases complexity and insecurities in people because when people see lavish stuff on social media they feel less fortunate and end up having insecurities in their skin,health,wealth,lifestyle etc. If all this will keep happening at this rate people will end up destroying their lives. We should prohibit the excessive use of social media, as we all know "excess of everything is bad ". We can use social media but in certain boundaries and limits and we should keep a track of it as well. Social media addiction is causing several problems in our lifestyle . It is disturbing our sleep patterns . Insomnia is increasing due to social media because people use social media till late night and end up developing the habit of late sleeping hence insomnia. It also affects our emotional behaviors. People using social media are all the time exposed to content which affects their emotions. A Lot of sensitive content is available on social media which affects children so much that they become aggressive and violent in nature as  a result they don't listen to their parents and misbehave with them. Opposite to this some people become loners and they prefer to stay silent. Their social life becomes zero and they end up losing friends. They prefer using their phones more and if they by any chance go out they end up using phones even in gatherings and events full of people.

Another health hazard of social media addiction is weak eyesight. Radiations from phones affect our eyes a lot if we use our upto certain limit . Eyes are the most sensitive part and the skin of our eyes is 25% thinner than other parts of the body due to which dark circles develop under our eyes. Weight gain is another major problem. When we are addicted to our social media we sit and use it for four hours hence no physical activity and we don't burn excessive calories which result in weight gain. Back pain is also associated with this issue alot of people use phones while sitting in different angles which can cause back pain. Health plays a major role in our lives so we should consider our health above anything else or we end up losing the most important thing that we have . Social media is also affecting many children in their education. A lot of people with social media addiction are children. Children using social media end up wasting their crucial time which they should be spending on education to build their carre. Parents also play an important role in this scenario. A Lot of parents allow their kids to use social media and  buy them phones . Parents should not allow kids to have phones during their study. Our parents should be strict in this matter as it is the matter of their child's future . Parents should fix some hours during which kids can use their phones. During covid times schools were closed hence students were more exposed to social media which has developed in them this dirty addiction. Students using social media become stuborn and dissobbidoebt towards their parents and teachers.

How social media is affecting physical activity or sports for children: Social media is also affecting our physical activity Especially in kids . Kids use social media day and night which result in no sports and physical activities like previous times. In the past people used to play sports in streets,parks or open areas but now this activity has been replaced by mobile phones or social media which is not only prohibiting our sports but also giving us laziness and illness. Back pain is common these days which is the result of the different postures that we make while using our phone. Now even if people go for a walk or sime physical activity they bring their phones with them and this just ruins the excitement for exercise. So it is important for us to increase our physical activity. It could be for exercising , walking,playing cricket,football or any other sport.