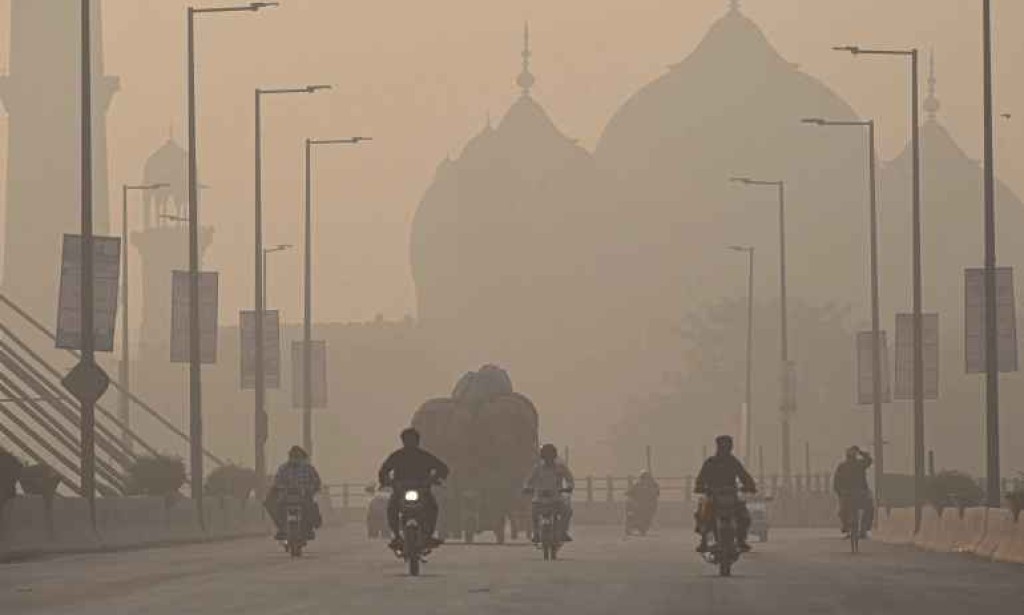 With a maximum Index of Air Quality (AQI) of 668 in some portions of the city, Lahore once again topped the list of the world's most polluted cities. Yet even though residents of Punjab's capital are forced to inhale, cough, and scratch their eyes as a result of the lethal fog, there is a startling lack of conversation about this issue in the halls of power. On the AQI scale, anything above 150 is considered hazardous, anything between 200 and 301 is considered extremely unhealthy, and anything above that is considered dangerous. Lahore frequently experiences AQI readings above 600, which is twice the dangerous level.

According to notifications by the Punjab government on a weekday, the city's increasing smogginess downside would keep Lahore's academic institutions and offices closed for an extra 2 days weekly, on Fridays and weekdays.

On the Lahore High Court's orders, the action was taken (LHC).

The Provincial Disaster Management Authority (PDMA) notified the personnel that they could continue to operate from home. The order is valid until January 15, 2023.

The measurement of the smog problem:

This is explained by the fact that the air quality index is determined by averaging all pollutant concentrations that were recorded over an entire hour, eight hours, or a day. The final result is calculated by combining at least 90 recorded pollutant concentration data points over an hour. It is alarming that Lahore consistently registers at or above the hazardous level, and it is immoral that institutions and the government do nothing about it. To put things in perspective, the Oregon Department of Environmental Quality and Lane Regional Air Protection Agency released statistics in September 2020 showing historically exceptional air quality across the state as a result of large-scale forest fires that covered the state in ash and soot. The alarming AQI estimates that followed. 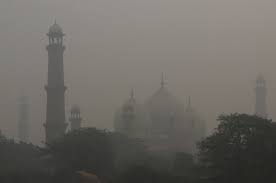 The magnitude of the issue is enormous, and the long-term effects will be disastrous.  According to a Dawn article from 2019, research by the Energy Policy Institute of the University of Chicago's Air Quality Life Index revealed that long-term exposure to particle air pollution was shortening the typical Pakistani's life by "more than two years." And a 2018 study conducted in Lahore's Children's Hospital, which was commissioned by Air Quality Asia, reveals a rise in admissions for lung-related illnesses.

In 2019, the "Global Alliance on Health and Pollution" reported that 128,000 Pakistanis are killed each year from illnesses linked to air pollution. What is even more concerning is the lack of statistics on the long-term effects that years of persistent smog are going to have on inhabitants of the city's health and lifespan.

Concerned about Lahore's bad air quality, a Pakistani posted the following on Twitter:

The worst city for air quality is Lahore. It's getting harder and harder to stay healthy in this smog. Everyone who has plans to relocate to Lahore should reconsider their choice and move elsewhere. Lahore should possibly replace Islamabad as the nation's capital. It's overcrowded.

Officially, Lahore's air quality on Monday between 9 am and 5 pm was 289, however international monitoring organizations recorded it as 397. That is well above the average threshold of air quality that the World Health Organization advises (WHO).

Here is an image of the AQI index from Monday, which places Lahore at the top of the list for having poor air quality and Delhi at the bottom.

Lahore's Air Quality Index reached dangerously low levels as pollution enveloped several areas of the city. Smog is the name given to a mixture of "smoke" and "fog," absorption which is harmful to the heart and lungs. This is the air quality as of Tuesday, November 2, 2021, according to several sources. 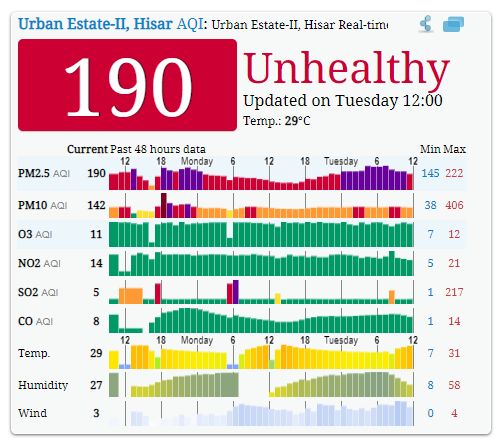 What contributes to Lahore's air pollution?

The burning of agricultural leftovers and other waste products, industrial emissions from vehicles, brick kiln smoke, construction site dust, and crop residue all contribute to the air pollution of Lahore. Large-scale tree removal for the construction of new highways and buildings is another contributing element to air pollution. Meteorological conditions make winter air pollution worse by preventing a layer of warm air from rising and trapping air pollutants. 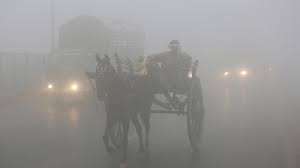 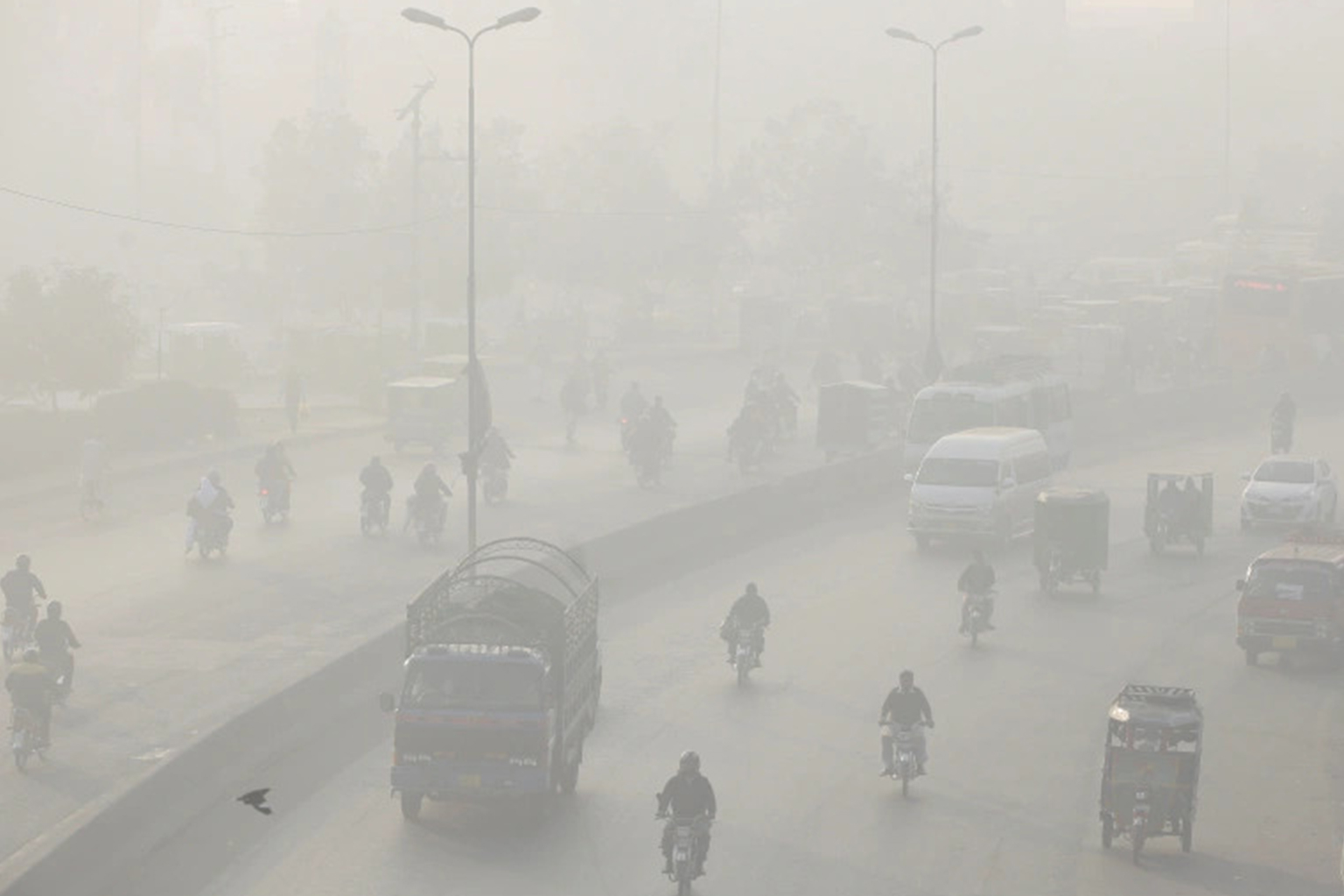 What potential risks does the smog in Lahore present?

How can Lahore's air quality be improved?

People are more likely to safeguard themselves and mobilize actions to prevent air pollution when they are aware of how much pollutants they are breathing in.

Improving air quality also requires reducing emissions from vehicles and industrial sources. The government has taken steps to lessen pollution from brick kilns, and Prime Minister Imran Khan has warned his cabinet that combating air quality is a priority. There are plans to do more as part of the Punjab Green Development Program (PGDP) project, including setting up 10 air quality monitoring stations in Lahore. People can lower their emissions in their daily lives by carpooling, using public transportation, actively converting to greener fuel options, and more.

Ad hoc efforts have been taken by the government as a response, not long-term solutions to address the issue. The administration's absolute failure to implement long-lasting steps to enhance the air quality has caused grave, long-term harm to public health, increasing people's risk for heart and lung conditions. In actuality, it is completely the result of our negligence. We must at least redesign Lahore and other cities to make them more environmentally friendly in the interim, even though larger goals like switching to clean energy are crucial. Because if things continue the way they are, the results will be disastrous.

We all need to take the required precautions against smog and safeguard ourselves from overexposure to it because it is an increasing worry in Lahore. We can stay healthy and safe throughout the smog season by taking precautions, which will also keep us safe.