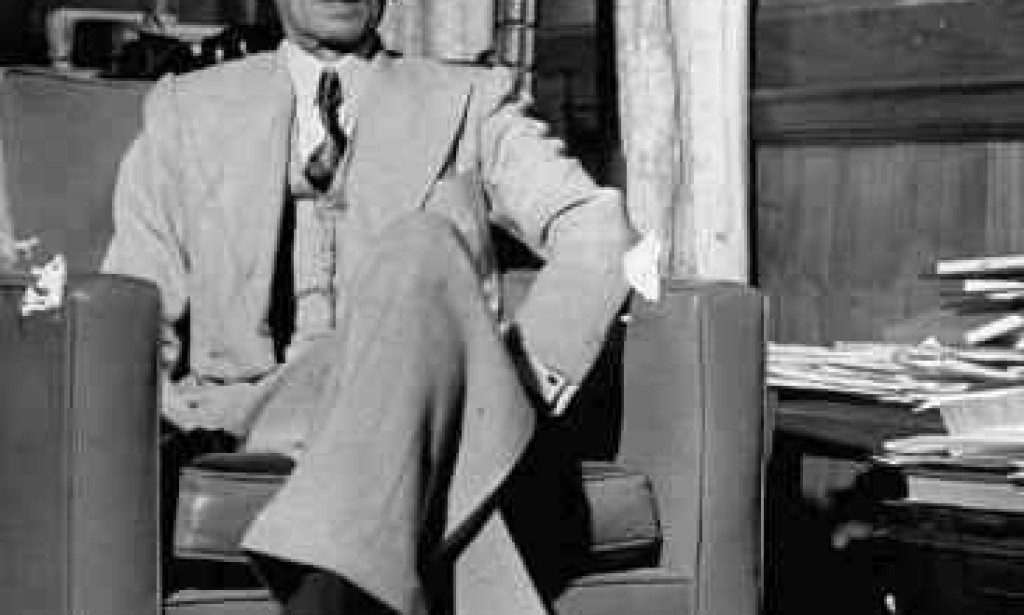 We always talked about the Quaid-e-Azam's efforts in terms of establishing Pakistan, but we heard very rarely about his personality. How was our Jiannah personnaly? How was his lifestyle? Let's talk about this with me.

Because he didn't want his hands and clothes to become dirty while playing marbles as a little boy, he chose to play cricket, Yes it was Muhammed Ali Jinnah. With time, his elegance, refinement, and appeal only increased.

Mr. Jinnah quickly rose to the position of the highest-paid lawyer in India, and he lived the life of a wealthy nobleman. In his 42-year public life, Mohammad Ali Jinnah's achievement as the father of Pakistan has influenced his reputation as Quaid-e-Azam. But because of his multifaceted personality, he was able to play a variety of roles admirably, including one of India's most prominent legal figures, an advocate for Hindu-Muslim harmony, a renowned parliamentarian and constitutional scholar, a tireless freedom fighter, a charismatic Muslim commander, a political strategist, and, of course, one of the greatest nation-builders of modern times. It's therefore not surprising that so little has been published about his personal life, which is fascinating in and of itself. He was among the most elegant and well-dressed men in the world because of his style and sense of fashion.

After he returned to India from England in 1896, Jinnah—the youngest Indian to qualify from Lincoln's Inn—became the first Muslim barrister in Bombay. Unlike Sir Syed Ahmad Khan, he was financially comfortable and lived a life akin to a wealthy English professional. Jinnah had excellent taste in architecture and luxurious decor, and he owned three homes: one in London's affluent Hampstead neighborhood, one in Bombay's Malabar Hill neighborhood, and one in New Delhi's Aurangzeb Road neighborhood, all of which were designed by the time-famous architect Edwin Lutyens. 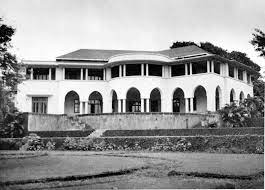 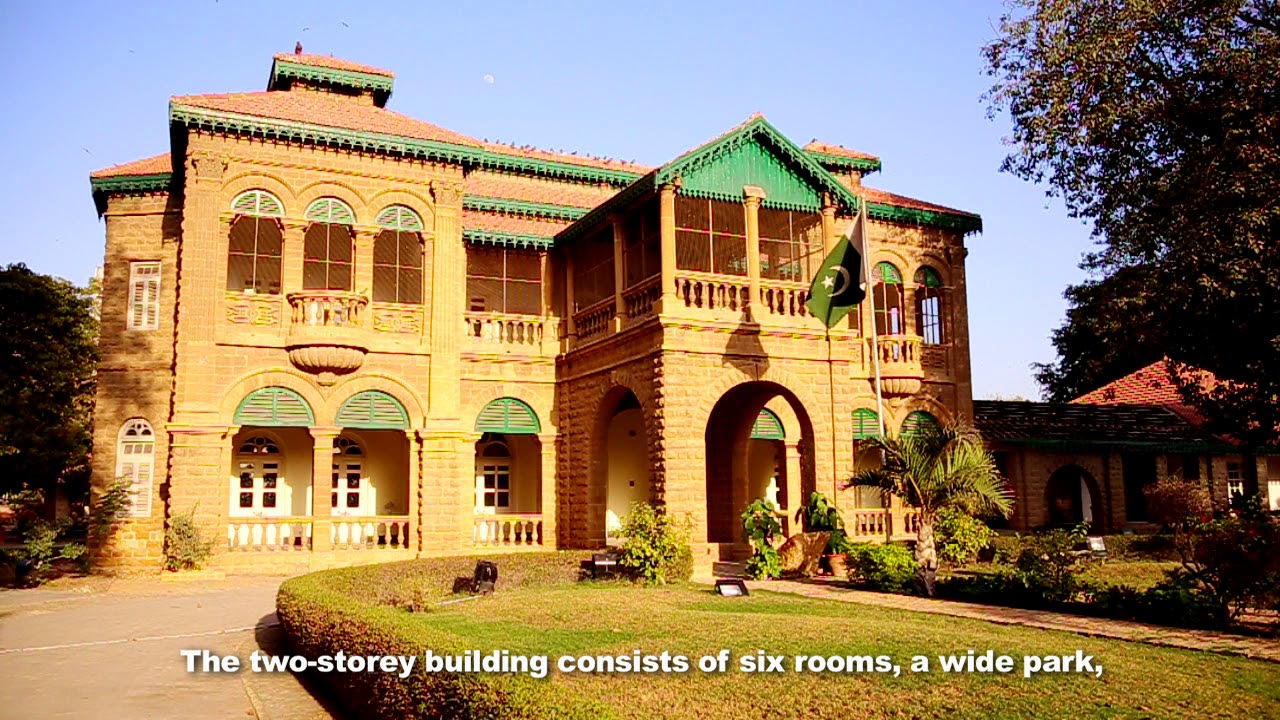 He was incredibly handsome and took great pride in his appearance. He reportedly owned approximately 200 customized clothes and never wore the same silk tie twice. He was one of the most fine-dressed men in the world, matched possibly only in India by Motilal Nehru thanks to his clothing. Dina, Jinnah's daughter, referred to her father as a "dandy." His tall, slim frame and preference for nice clothing allowed him to dress with style, conviction, and flare.

Jinnah was the ideal high-class gentleman of his era, complete with a monocle, clipped accent, and Saville Row suit. The English were uneasy because of how well he trolled the wealthy Englishmen in India. It was common for the Indian elite at the period to dress in Western clothing, but Jinnah stood out because of the genuineness and elaboration of his noble appearance, which changed with time. 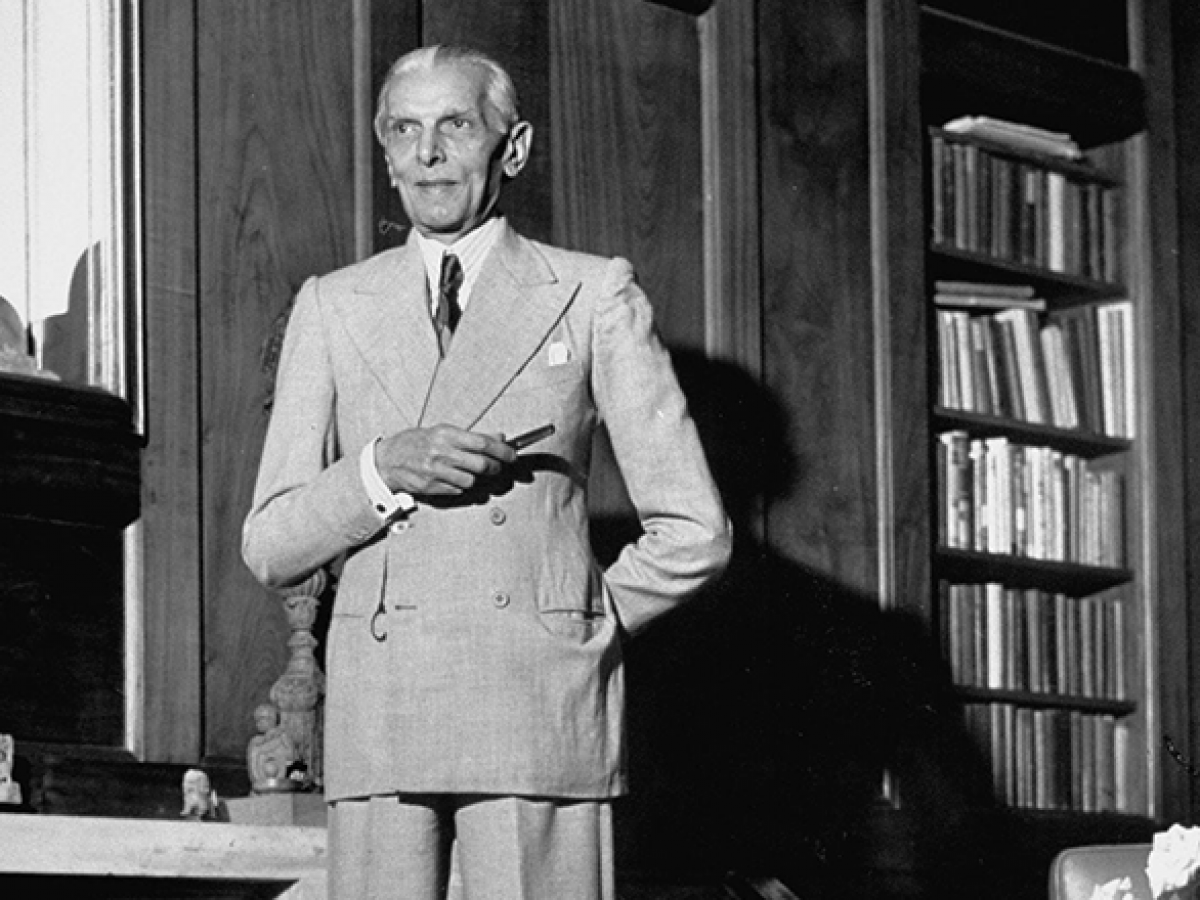 He had a variety of shoes in his collection, including slippers, choose-style shoes, boots, slip-on shoes, and his favorite black pump, "Grugabi" (a slip-on with a bow), which he wore on various ceremonial occasions. His custom outfits were manufactured by Messers Lesley and Roberts, Watson Fagerstrom and Hughes Ltd., Laffan's Mumbai, and Muhammad Tailors, Dehli, and the majority of his footwear was produced in England and France. He grew to own almost 200 suits, which he dressed in heavily starched shirts with removable collars, and as a barrister took delight in never wearing the same silk tie twice," according to his biographer Stanely Wolpert. He preferred wearing light colors and typically preferred cream, beige, or light grey suits. Even in old images, Mr. Jinnah's size 10 shoes stand out for their luster. 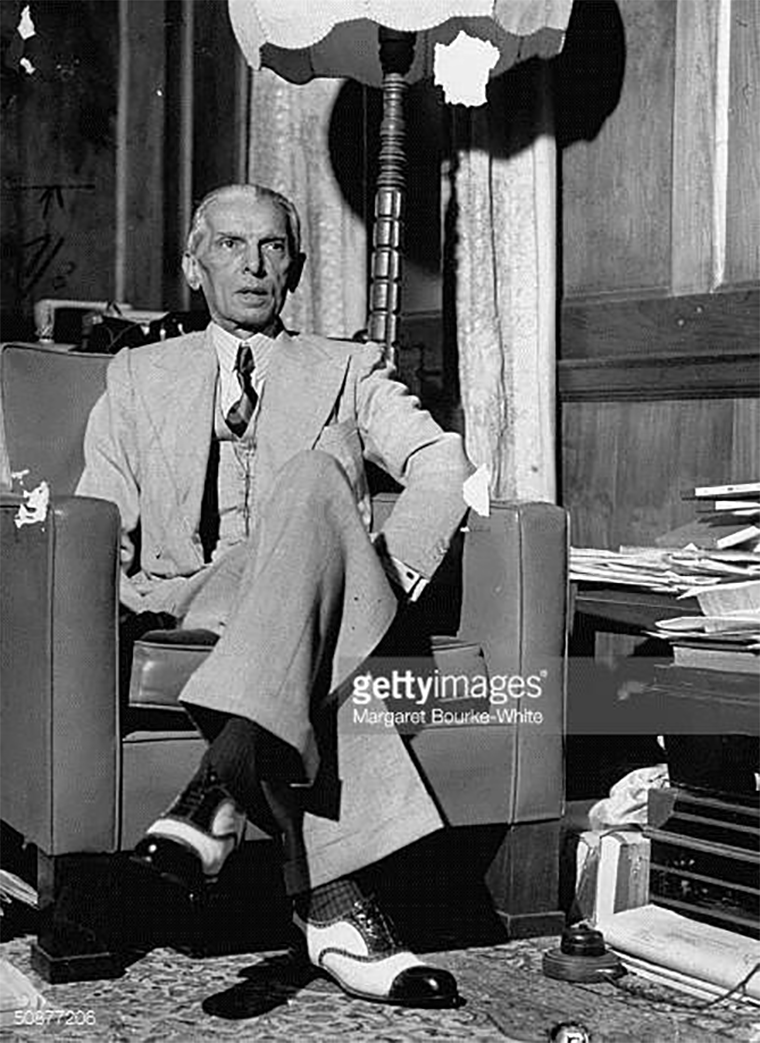 His pocket watches and monocle were fashion statements. In a display area next to his tomb in Karachi, you can see a variety of his belongings, including handmade buckskin shoes, a fine silk handkerchief, and ivory napkin holders in addition to his canes, breeches, and top-of-the-line golf equipment. The majority of his personal belongings, including his apparel and accessories, featured his initials, "M.A.J." 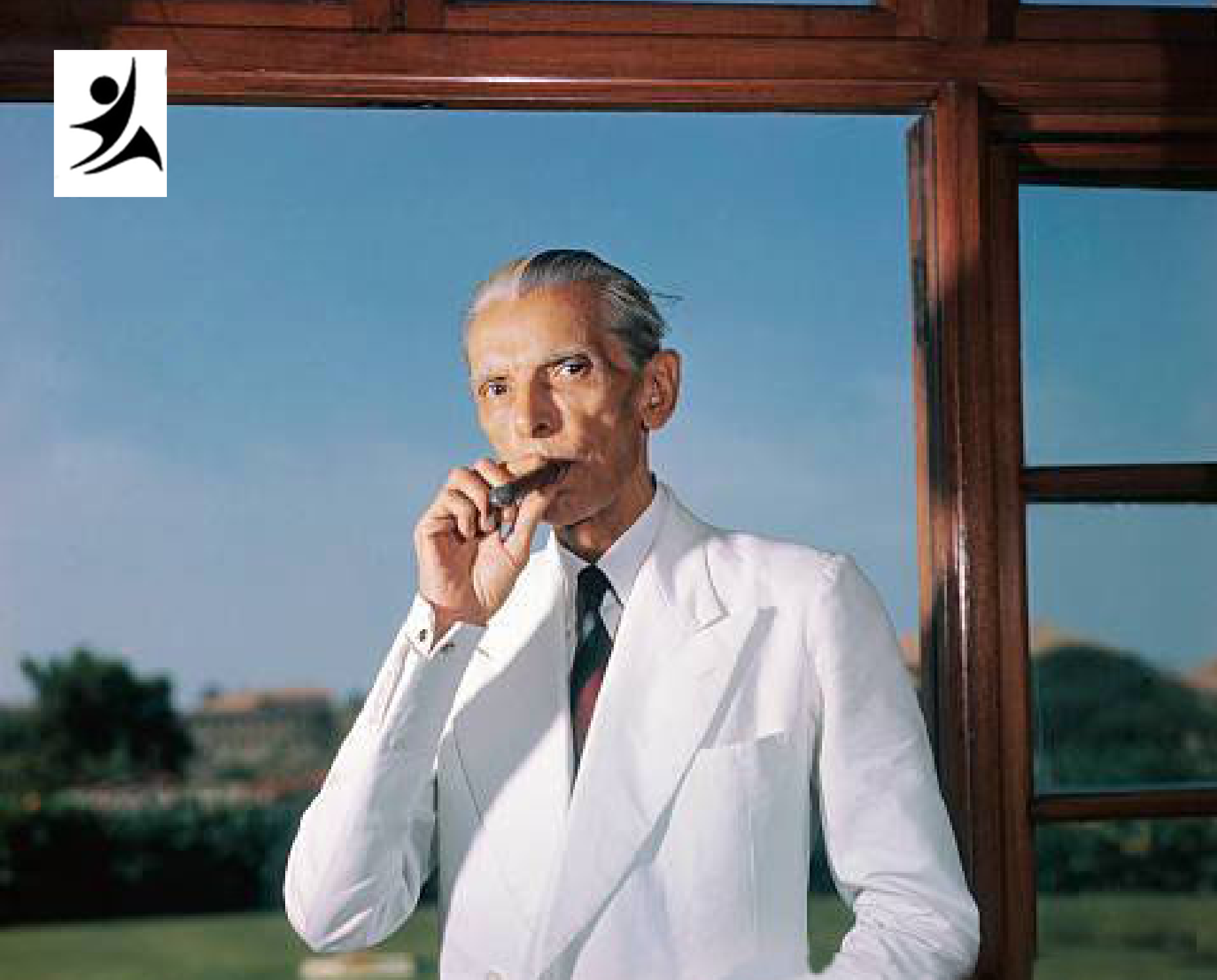 He would recruit English workers to service him at his London house, including an English driver who drove his Bentley. His choice of automobiles was also costly. He utilized a top-of-the-line Rolls-Royce and a Cadillac in India while traveling around London in a Bentley driven by a butler. He consistently smoked his preferred A. Craven cigarettes and had the best collection of Havana cigars. 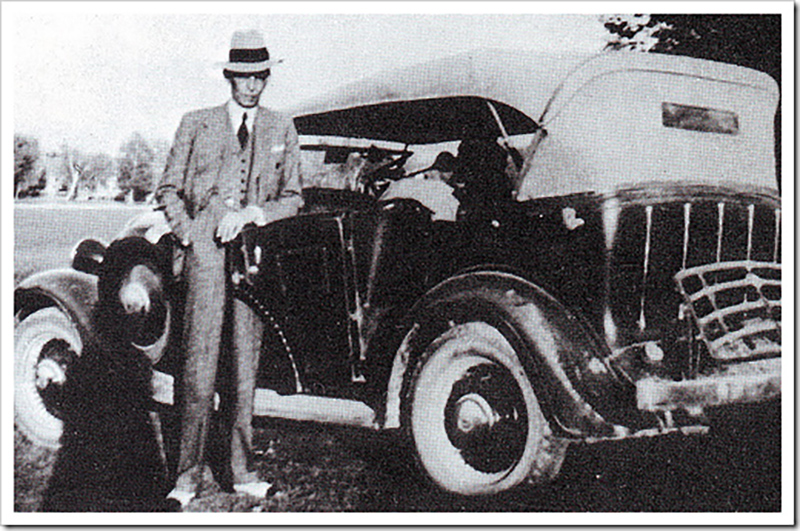 Jinnah turn into local dressing as Pakistan's struggle begins in 1930:

Jinnah had begun to wear a local dress by the late 1930s, though he had not entirely left his Western clothing. He chose a karakul cap for a headpiece as compared to a turban or a fez because the latter represented an older generation's tradition. Jinnah had a natural talent for selecting the appropriate clothes to express both a cultural and political message. This change in his clothing helped him establish himself as a modern Muslim.

Even though he didn't eat much, breakfast was frequently the most significant meal for him. He would typically have one bread piece with a little butter, honey, or marmalade in the morning along with a jumbled or three-quarter-boiled egg. He also enjoyed eating Siri-played once or twice a month because he liked it. Dina Jinnah claims that her father frequently enjoyed eating rice and curry at his dinner table and naan on occasion. He always employed two cooks, an Irish and an Indian. He loved to fish and chips, having lived in England for a huge proportion of his life. He particularly enjoyed mangoes and grapes when it came to fruits. He always employed an Irish and an Indian as his two cooks. Curry and rice were Jinnah's great choice of meals. He consistently smoked Craven A cigarettes, which were among the best and most expensive at the time. Because of his money and independence, he was able to speak his opinion.

Dressing after Creation of Pakistan:

He turned to the loose-fitting shalwar after Pakistan was established, instead of the churidar, or tight pajamas, worn in Delhi and Uttar Pradesh. As seen in several of his official photographs taken after the 1940s, he continued to wear his western clothing along with a karakuli. His clothing gives off the impression of a Muslim identity that was both proud of its heritage and at ease with the significant changes occurring in contemporary Indian society.

Women liked Jinnah for his elegant and timeless sense of style. A British general's better half wrote a letter to her mother in England after meeting him at the viceroy's banquet in Simla: "After dinner, I talked to Mr.Jinnah. He is quite charismatic. He has the most lovely English accent. He takes after actor Du Maurier for his appearance and mannerisms, and he imitates Burke's talks for his English. I finally got my wish to meet him, which I had always wanted to do.

His keen interest in studying Shakespeare and acting during his teenage years may be attributed to his "excellent English." After dining at his Karachi home, his sister usually told the family about his love of reading Shakespeare. While a student in London in 1893, he was also allowed to work with a theater company, but he declined to do so since he had always dreamed of becoming a lawyer and because of his political leanings.

Shakespeare once stated, "Some people make themself great by their deeds, and some individuals are born great." This might be said of Quaid-e-Azam Muhammad Ali Jinnah.

According to Professor Stanley, the author of Jinnah of Pakistan, "There are very few people who modify the history of the world, and even fewer are those who change the map of the world, there is someone who can construct a new state." Muhammad Ali Jinnah is a man who simultaneously carried out all three acts. Quaid-e-Azam was charming in person. His personality left an impression on the British as well as the Muslims and Hindus of the subcontinent.